So… my Mom and stepdad  are hanging with me in Turkey for a few weeks. I booked a trip to Antakya or Antioch (ancient city with the first established church – in a natural cave) – a pilgrimage, if you will. We boarded the bus way to early in the morning, but it was totally worth it.  Our day started with a scenic drive between the mountains and Mediterranean to the cave church in Antioch where the disciples hid/lived/and held services and baptisms.

Entrance to the cave church 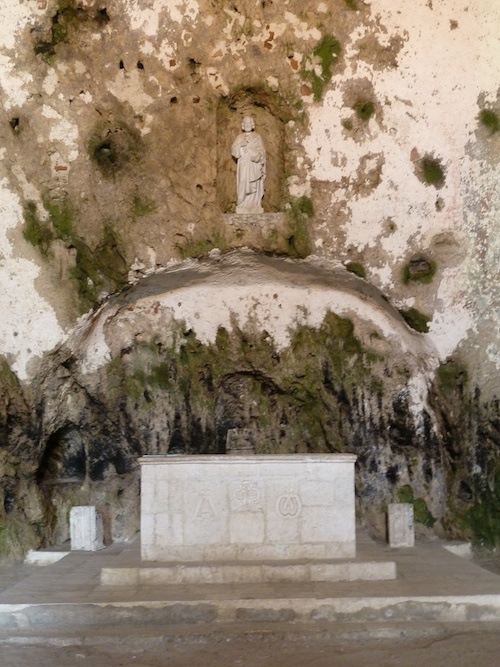 Alter and statue of St. Peter, added much later

Tunnel to the "dorms" or living quarters of the cave, which was destroyed in an earthquake in the 16th Century 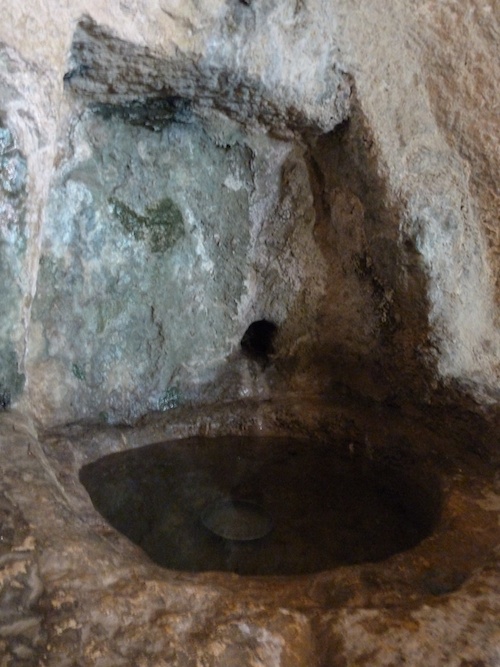 Natural spring water that came to the surface: the only water source for the disciples including for baptisms.

Our trip also included the Archeological Museum, a trip through the winding narrow streets of the ancient city, and the grand bazaar. More to follow later. For now I’m gonna need some sleep.

This entry was posted in Uncategorized. Bookmark the permalink.